Dr. Rose, or “Meiki” as she is known to her friends and colleagues, is currently an attending physician at Womack Army Medical Center at Ft. Bragg, NC.  She was an Emergency Medicine attending Physician at Randolph Hospital in Asheboro, NC from 2002 – 2011. She is Board Certified in Emergency Medicine. Meiki was a resident at State University of New York in Syracuse, NY from 1999 – 2002, and is a Graduate of UNC-School of Medicine. She received her undergraduate degree in Biology & German from Duke Univ. in 1991.

Meiki is an Instructor for ACLS, ITLS, Pedi-ITLS and PALS, and is certified in Advanced Trauma Life Support. Meiki worked as an EMT-Paramedic from 1993 – 2000 and was a member of Orange Co. Rescue Squad from 1991 – 1994. In 1994 she served as a summer Research Intern at the National Institute of Health.

I am an Emergency medicine physician. My duties include providing care to patients in the Emergency Department. I order labs, xrays, and other diagnostic testing, as well I provide interpretations of those tests and results to patients. I diagnose and treat surgical disorders and provide lifesaving emergency surgery/other procedures as indicated. I provide supervision to other physicians, nurses, PAs and other providers as needed. I interact with all other department personnel to provide emergency medicine services to all patients in the department. I have identified training and developmental needs of employees and made recommendations regarding continuing education programs. 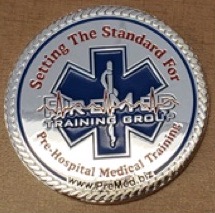